RICHMOND-A mistake by the Commonwealth Center for Children and Adolescents (CCCA) could cost Virginia more than $11 million. CCCA is a 48-bed mental health facility located in Staunton. Last year, the center served 1,079 children. In 2020, that number was near 1,000.
The Virginia Department of Medical Assistance Services (DMAS) labels CCCA as a psychiatric hospital, and it does provide essential psychiatric services to young Virginians. However, the facility is accredited as a behavioral health organization, and has been since 1990. CCCA officials thought such an accreditation was sufficient to bill Medicaid for the services it provided, but recently discovered their error.

During its last session, the Virginia General Assembly convened a Children’s Inpatient Services Workgroup that uncovered the incongruity.

The U.S. Department of Health and Human Services requires that all DMAS facilities be “Medicare certified” or accredited as a psychiatric hospital with The Joint Commission. If the facilities, such as CCCA, are not properly accredited, they can’t be enrolled with DMAS. And that’s important because DMAS administers Medicaid services.

Virginia Department of Behavioral Health and Developmental Services (DBHDS) Commissioner Alison Land explained the problem to the Joint Subcommittee on Mental Health Services in the 21st Century during its meeting Dec. 21.

The department has a plan to make CCCA compliant with federal regulations. If it fails to do so, however, the state government may be liable for bills it improperly processed. Virginia may also be on the hook for between $11 and 20 million in repayments to the federal government.

Who Pays for Medicaid?

In describing the accreditation snafu to the subcommittee on Monday, Land called the situation “pretty critical, because those are the only pediatric beds we have.” In other words, CCCA is located in Central Virginia, but it’s a resource for children struggling with their mental health from around the state. It’s the only resource they have.

Children must be pre-screened for admission to CCCA by a community health board, which decides whether the child is “in crisis” in their current environment. If so, CCCA can provide support for children who have threatened or attempted suicide; displayed aggressive or assaultive behavior or exhibited a need for evaluation and medication management.

According to DBHDS Chief Public Relations Officer Meghan McGuire, approximately 60% of CCCA patients are Medicaid-eligible upon admission for a temporary detention order.

These children come from low-income backgrounds. Medicaid is a program funded jointly by the state and federal government to ensure people without sufficient financial means can still access necessary medical care.

Since 1990, Virginia has been contributing 50% to the cost-share for Medicaid patients at CCCA. The federal government covered the other 50%. Now, since it appears CCCA was not properly accredited as a Medicaid enrollee, legislators are wondering whether the federal government’s half needs to be paid back.

According to Land, CCCA stopped billing Medicaid on June 2, 2020. The group notified the Centers for Medicare and Medicaid Services of the issue on Dec. 14. DBHDS has a 12-month plan to address the accreditation issue and potential revenue shortfalls. If needed, DMAS will be working with federal regulators to pay back money owed. That money will be due by Dec. 14, 2021.

Luckily, while DBHDS sorts out the paperwork, there will be no interruption of services at CCCA. “We were doing an inpatient, acute level of care at CCCA and continue to do that, so we just need to get this right from a billing perspective,” Land said during Monday’s subcommittee meeting.

However, CCCA predicts a $2.8 million revenue shortfall from the 12-month suspension in Medicaid billing. The accreditation process itself will also cost nearly $1 million. The facility will spend $718,000 on one-time capital improvements and operational modifications to meet requirements of a psychiatric hospital. It will also hire two staff members at a cost of $170,000 to guide the process. Land said DBHDS will absorb these staffing costs within its existing operating plan.

All these additional expenses come in a context of funding for mental health services being reduced dramatically in the past year. Multiple departments saw budgets cut due to the pandemic. State Senate Finance Committee Legislative Analyst Mike Tweedy explained these cuts during Monday’s meeting.

In the governor’s proposed 2021 budget, he removed $442 million from the state’s Department of Health and Human Resources. The General Assembly restored $224 million during the special session, but that still represents a $218 million cut. Specifically, community-based mental health services saw more than $52 million cut, Tweedy said.

Many of the programs that the joint subcommittee listed as top priorities during its last meeting on Dec. 9 were among those facing budget cuts. These included jail diversion programs, pilot programs to discharge geriatric patients with dementia from state mental health hospitals and the STEP-Virginia program.

Future of Deeds Commission in Virginia

So during the Dec. 21 meeting, legislators on the call also discussed what comes next for the subcommittee. The consensus was that the work needs to continue, but finding funding for staff the subcommittee needs is a primary obstacle.

“Four years is great, but you know, the work goes on forever. This is not an easy subject, and that’s because it’s complex and the issues constantly have to be considered and reconsidered to get the right approach,” said Sen. Creigh Deeds (D-Charlottesville), for whom the commission is named.

After some discussion, Del. Marcia Price (D-Newport News) made a motion to extend the commission for one year and to revisit the question of sustainable funding in the future. The motion passed.

Ashley Spinks Dugan is a freelance reporter for Dogwood. You can reach her at info@vadogwood.com. 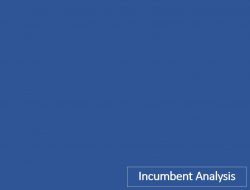 This post is only available to members. You register for FREE here or login if you are already a member
Categories: GreenBook, Incumbent Data, Intel items
Tags: GB-Incumbents, Virginia

This post is only available to members. You register for FREE here or login if you are already a member
Categories: GreenBook, Intel items, RFPs
Tag: Virginia