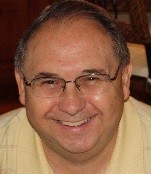 Tom Kaye is an incredibly knowledgeable pharmacy executive. Check out his LinkedIn profile.

A: As healthcare is very broad, I have  been very fortunate to participate in many sectors. I have for the last 25 years focused on Medicaid fee for service and managed Medicaid under 1115b and 1915b waivers, commercial and Medicare part D, SNP and a few other venues. My most current assignments  has been work with several of the national top 5 insurance companies with focus on their movement into Medicaid managed care. Medicaid managed care involves states filing  of waivers with CMS for state participation as an experiential program to reduce state Medicaid costs.  New to the market  for Medicaid are the commercial power houses  insurers eager to join the ranks. My past experience has also contained hospital, ancillary infusion services, compounding, new drug development, sales and marketing for pharmaceutical with PBM services

A: Focus Currently my ability to assist with consultative effort for changing  the velocity of pharmacy expense to plans and stakeholders. Minimally , cost avoidance  with existing tools and emerging tools are offered to lower costs  of claims / benefits.  I find that most cost reduction exist as incremental efforts, common sense issues.  The low hanging fruit as some mention, is generally picked already and there may be no gain in cost reductions utilizing this approach.

A: Bucket list flows over the top currently, but the top would be a train voyage stating in Canada, traversing though the great wood lands, valleys, national parks, upper north country of America and ending in southern California after 10 days.  The train has crystal glass roofs, great food and sleeping accommodations.

A: I enjoy wood working and engineering as a DIY “MAKER” The lack of intensity and the pleasures of wood are very rewarding and often humbling.

A: I would choose Nikola Tesla, inventive, problem solver, and futurist.

A: Fried pork skins, love the crunch and salt, not much flavor; might be similar to rice cakes. Pork skins go better with beer.

A: Raising a family of three children and maintaining marriage to the same woman for 47 years. Having successfully raised the children who are married with 5 grand kids.

A: Redo’s are always hard, but I would take one for the multiple moves of family around the country for job opportunities.  This was disruptive for the kids.

1. Financially, plans are being asked as are providers to take less in compensation due to the ever-rising costs of care and supplies.  This is NOT sustainable for more than 3 years due to the drag it will place on GDP and tax burdens of the people.  We have been witnessing to the failure of the most recent design of healthcare modeling, costs and untruths. Yes the likely hood of a new program will evolve, but with this come more regulations and restrictions that take  provider time from patientsThere likely will be a deployment of new benefits which involve personal responsibility from the members.  Plans WILL move from a Risk corridor arrangement as currently set,  to an admirative services only payment process such as we have with various Medicare programs. Single payer may still be living

2. Infrastructure and telecommunications will need to be harmonized. Some relaxation as to HIPAA regulations will be needed to allow more robust communications with all stakeholders and data sharing for measurements.  Today we see a quagmire of efforts to use mobile devices, electronic communications etc.  This is a great idea ; however we have the highest costing patients (members over 50 YO) bucking the improvements and struggling with new forms of communications.  The demographic is not willing to adopt many of the new areas of communication based on lack of understanding, fear and frustration.  It will take a few years for this to subside.

Look for adoption and proliferation of IT super hubs and servers that embrace block-chain type transactional information.  The use of similar hubs and techniques such as with twitter, Facebook to improved communications to patients, providers and payment process. Legislation will be offered to embrace much more for IT compatibility across all systems. Increased transparency to cost of services will evolve though IT systems to align awareness of true prices instead of predatory pricing we see today with many oncology and transplant medications. The increased use of real time data for “Value based” care will be coming along.

3. Science never stands still. The ethical issues growing out of research is complex and often too perplexing for the human mind to cope with.  Improved understanding of the elements of humans will be pushed to the front of research. Payment for research will need to be allowed.

Look to see within the next 5 years and maybe sooner a better understanding of pathophysiology of human disease- gene sequences and informative attributes of cause and effect.  Phage deployment and advanced nanobots with  Crispr/Cas9 and newer versions of gene manipulations are moving at light speed to approved therapy.  The possible end of a PCP visit other than the patient attending a diagnostic session to take samples for a gene related medication to be made as personal medications.  The market disruption may be phenomenal as we know it today. Curative actions/steps may out pace chronic treatments with current consumption of marginal medications. The mere removal of chronic conditions such as diabetes, COPD, arthritis, cardio vascular issues would be very disruptive regarding payment, profits  and how payments are to be arranged?

Posted on August 15, 2018 by Sarai McDowell
Categories: Medicaid Industry Who's Who, Technology