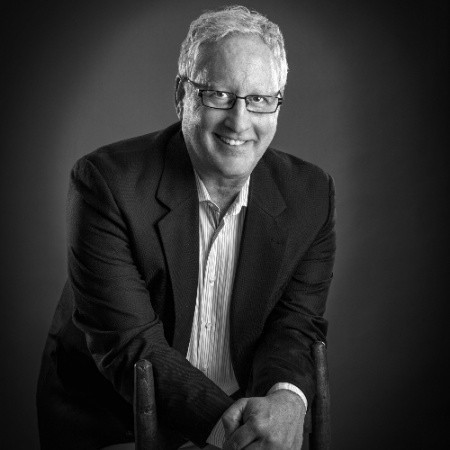 Jeff Leston is the President of Castlestone Advisors. Check out his LinkedIn profile HERE.

We are in the fraud prevention, health identity protection and oversight segment.  We developed tools that use the existing payment (credit/debit) networks to deliver real-time encounter information to health plans right from the point of care. Inexpensive and very effective.

I’ve been in and around health insurance and health IT world for over 30 years, and about the last 10 in Medicaid.  In the early ‘90s I created the first use of artificial intelligence for health insurance fraud detection at a Blue Cross plan.  Like what Castlestone does, the technology we used was born in the credit card industry.

Professionally and personally related, I hate to get ripped off.  Finding hundreds of thousands of dollars of fraud in a co-op I lived in in New York was part of the inspiration for starting Castlestone.  My personal passions are music and ice hockey.  I’m lucky because I have a great musician and a hockey player growing up in the house.  I also love to follow investments, particularly in technology companies.

Other than certain professional goals, I want to teach 8th grade algebra.  I remember being scared out of my wits on my first day of algebra when the teacher just started throwing formulae up on the board.  I decided I could do it better and show students where it applies in the real world and explain it as a language of numbers.  I also want to go to a Stanley Cup Finals game when the Pittsburgh Penguins are playing.

My wife and I have 15-year old twins, Adam and Joanna, and we are very involved in their activities.  Joanna is a dedicated musician and performer.  Adam is a hockey player, which takes us a lot of time.  I’m also the President of the high school’s hockey club, which I enjoy.  The most satisfying thing is watching them, and their friends mature and grow skillful in their pursuits.

I like to read about people who really changed the world, the way we think, and how society operates.  They were the rebels and often shunned in their own time, until history caught up with them.  Galileo, Charles Darwin, Dr. Martin Luther King, and Sigmund Freud all changed how we perceived the world around us, often against powerful societal and religious forces.  Isaac Newton wanted to explain the elliptical orbits of the planets, so he invented calculus.  Ernest Rutherford figured out the structure of the atom with none of the instruments available to scientists today.  Marie Curie took it a step further to explain radioactivity.  People didn’t know what to make of Jimi Hendrix when they first heard him.  He still sounds great and original today.

My favorite historical figure above all is Roberto Clemente, whom I watched play for the Pittsburgh Pirates growing up.  What he did on the field, off the field, his passion and pursuit of excellence at all times and his concern for the culture he came from should be a role model for a lot of people.

I have been addicted to pistachio nuts since I was a young boy.  Also, a big fan of tortilla chips and a good hot salsa

So far, it is the US House passage of HR 6690, Fighting Fraud and Protecting Seniors Care Act of 2018.  I’ll be even more proud when it passes the Senate.  I’ve been an advocate, analyst and designer of smart-card anti-fraud solutions and data-oriented solutions for a long time.

I was once offered a position in New York with a very high-quality research and investment company as a technology analyst.  I wish I hadn’t turned it down so quickly.  I don’t know if I would have taken the position, but I didn’t give it the time and thought it deserved.

Some states are moving ahead with Managed Medicaid, (North Carolina) while others are debating its value (Iowa) and a recent article by Chad Terhune of Bloomberg discusses the payments to Managed Medicaid and the limited oversight that accompanies those payments.  Congress is stepping up its hearings on Managed Medicaid oversight and what CMS and the States should do about it.

Hardly a day goes by where there is not a news story about work requirements in various State waiver applications.  Post-election, where some states approved expansion of Medicaid, Congress is or should be looking at oversight of expansion.  The recent story of California enrolling 450,000 ineligible people onto their Medicaid program is not lost on Capitol Hill.  Louisiana’s legislature voted down a bill to allow for income verification.  That brings me to the third point:

We are at a point where we really don’t know whether Medicaid is a State program or a Federal Program.  If Medicaid is a Federal Program – the Federal Taxpayer has funded 100% of expansion, now 90%- then increased Federal Standards and oversight are needed.  Congress was making more noise about this with recent reports and hearing.  If it is a State program, States will have to put in place better accountability and integrity measures in exchange for some level of Federal funding.  Right now, we have neither.  Medicaid is now the largest budget line item in many States, and even with 90% Federal Funding, it is beginning to crowd out programs in education and infrastructure, and taxes are increasing to meet the cost.  The program ownership, funding and oversight will become a front and center issue.

Posted on November 29, 2018December 6, 2018 by Sarai McDowell
Categories: Medicaid Industry Who's Who, Technology