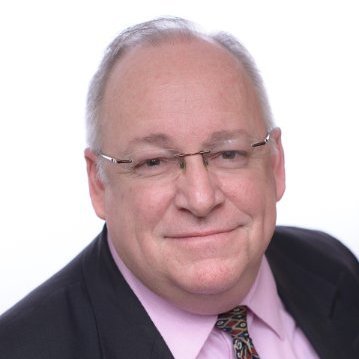 Warren Hebert is a featured panelist for the upcoming Medicaid and Long Term Care Webinar on May 2nd.

RESERVE your seat today at http://mostlymedicaid.com/medicaid-ltc-webinar/

1. What segment of the industry are you currently involved?

A: I am involved with skilled home health care, primarily Medicare patients, as the executive for the state association. In that role I find myself engaged in conversations about long term care for seniors and those with physical and cognitive challenges. We are also Medicaid consumers, as our 25 year old daughter has Down Syndrome and has a waiver that provides her with assistance. She has direct service workers who have been godsends in keeping her engaged in the community and allowing my wife and I to continue to work.

2. What is your current position and with what organization?

A: I have served as CEO of the HomeCare Association of Louisiana for 18 years, handling advocacy in the regulatory, legislative, and reimbursement arenas. Our organization also hosts workshops and educational conferences here in Louisiana and across eight states. This role has included Congressional advocacy, engagement with an IOM study on the future of home health, as a grant reviewer for the Centers for Medicare and Medicaid Innovation, and on a CMS technical expert panel.

3. How many years have you been in the Medicaid industry?

A: I have provided care as a home health nurse to all patients, including Medicaid, as far back as 1974 when I was a student X-Ray Tech, and later a nurse at Charity Hospital in New Orleans. My home health career involved work in rural impoverished areas, where Medicaid was the primary payer. And now the association executive role involves advocating for fair reimbursement for Medicaid beneficiaries. One might argue that we have access to care issues in many states due to poor reimbursement for services provided to Medicaid beneficiaries.

4. What is your focus/passion? (Industry related or not)

A: My focus is family caregivers. There are over 45 million family caregivers across the country. My wife and I are caregivers to our daughter. Though very high functioning and fiercely independent (she is a university student and in a college sorority), we are still her primary caregivers. My family cared for my father over his seven year challenge with Alzheimer’s and Parkinsonism. He was not hospitalized once over those years, even when he was bed & chair bound in his last 12 months. Family caregivers provide over 80% of all long term care, at no cost to taxpayers, insurance companies, or government. The Rand Corporation estimates that has an economic impact of $522 Billion a year. One study showed that heart failure patients, going home from the hospital to a family caregiver, is less than half as likely to be readmitted to a hospital than a person going home alone.

I have hosted a weekly radio program, Family Caregiving, for seven years on a station that broadcasts on the web, and across seven states. Three of those stations reach into Houston, Chicago, and New York City. I focused my Doctoral project on family caregivers. They deserve our support.

A: I would like to see as many of our National Parks as I can. I’ve been to Rocky Mountain, Glacier, Hot Springs, Hawaii Volcanoes, Mammoth Care, and Jean Lafitte here in Louisiana. I would like to visit Acadia in Maine, Bryce, Zion, and Arches in Utah, Grand Canyon & Petrified Forest in Arizona, and Yellowstone.

6. What do you enjoy doing most with your personal time?

A: Our ten grandchildren are the greatest enjoyment for my wife and me. The oldest is 8 and the youngest is due to arrive in June, but we’re counting him already. Eight live within ten minutes and the other two are just 90 minutes away. This past weekend we rode bikes, planted Marigold and Sunflower seeds, and had an early morning around our backyard fire pit. We have taken Saturday morning hikes and visited local cultural sites here in Cajun country over the past few months. We also love spending weekends at our local state park cabins.

7. Who is your favorite historical figure and why?

A: I’d like to name two, Mahatma Gandhi, because of what he accomplished via nonviolence in leading India to independence.

The second is our most recent historical figure, Pope Francis, born Jorge Mario Bergolio. He is the first Pope from the Americas, and the first Jesuit Pope. He selected the name of Francis of Assisi, who loved the poor. The Pope’s compassionate approach to leadership is shaking things up in the name of love and concern for those on the fringes and margins of life. He seems to have a strong bias for the marginalized in society.

8. What is your favorite junk food?

A: Do I have to have just one?? OK, an ice cream made in Brenham, Texas, sold in many southern states, Blue Bell, and Homemade Vanilla is my favorite flavor.

9. Of what accomplishment are you most proud?

A: Our children. Two daughters followed Dad into nursing, one is a Neonatal ICU nurse, the other a Family Nurse Practitioner with an oncology group. Our eldest son is a Chiropractor, and our younger son an Assistant District Attorney. And our Daughter with Down Syndrome indicates she wants to “work in a hospital helping little children so they don’t cry.” They are all compassionate people, who married compassionate people. So our grandchildren should all turn out to be very loving human beings.

10. For what one thing do you wish you could get a mulligan?

A: Sorry, no mulligans!! One of my favorite books is entitled Everything Belongs. It was written by a Franciscan priest, and the premise is that everything that has happened in our lives belonged there. Our mistakes, failures, omissions, faux pas, etc., have all impact the person we become. So I’m good not taking a mulligan, thanks for offering. (On the golf course I would definitely take that offer though!!)

11. What are the top 1-3 issues that you think will be important in Medicaid during the next 6 months?

To ensure that you’re in the loop on all things Mostly Medicaid, be sure to sign up to receive our free newsletter and join the discussion on LinkedIn.