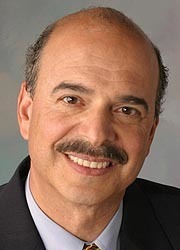 The article below originally appeared in the Baltimore Sun. Reprinted with kind permission from the author Dr. Dan Morhaim (whom I had the good fortune of working with years ago in Maryland – Clay F)

As an E.R. doctor, I ask my patients who are substance abusers where they get the $50 a day needed to sustain their habit. Many get others hooked because then those new users become paying customers. There’s also petty crime, prostitution and the major crimes that plague our streets and neighborhoods.

If we are to be serious about reducing crime, then the focus must be on preventing and treating substance abuse. New multi-faceted policies are needed, both in the criminal justice system and in health care.

There is no point in saddling people arrested with small amounts of drugs with a misdemeanor conviction. Instead, users should be provided treatment instead of a criminal record that will haunt them for the rest of their lives. (The small number of people convicted of repeat violent crime felonies, however — especially with firearms — need to be vigorously prosecuted and incarcerated for extended periods.)

Substance abuse treatment ought to be immediately available, 24/7/365, and one of the best places to initiate this is in hospital emergency rooms. Persons with substance abuse disorders already show up in E.R.s for a wide variety of health issues, so why not routinely include drug treatment as part of the care? Treatment plans should be individualized, just as is done for all other medical conditions. Some patients may need long term care, others medicated assistance treatment (e.g. methadone, buprenorphine) and others faith-based approach. One size does not fit all.

Supervised consumption facilities also have been shown to work, reducing deaths, addiction, discarded needles and crime. It may seem to some that this idea condones substance abuse, but the data showing success cannot be denied. It is shortsighted to dismiss this option without seriously considering it first.

Among other efforts we should make: find ways to dispose of all medications safely, especially opioids; make naloxone more available to at least avoid some overdose deaths; allow people go to fire or police stations when they need help without fear of penalty; use methods other than narcotics to treat pain unless absolutely necessary; continue public education regarding substance use, especially in schools.

How can we afford to do this? The real question is how can we afford not to? There are about 30,000 daily drug users in the Baltimore metro area. At an average cost of $50 per day to sustain a habit, that means that $1.5 million per day — or $547 million per year — is spent solely to buy drugs. Statewide, Marylanders spend about $800 million per year on illegal drugs. Then there all the other costs in health care; the criminal justice system; and harm to families, victims, businesses and neighborhoods.

Where does all that money go? Ultimately, it goes to dangerous and violent overseas drug cartels and terrorist organizations, like ISIS and al-Qaida. We’ve been on a policy trajectory that is destroying our society from the inside while shipping vast sums of money to those who would destroy us from the outside.

The economics of the drug war now define the economic activity of many communities. Re-directing “drug money” to legitimate businesses and education would bring jobs, income and safety.

Imagine if only 10 percent or 20 percent of daily users got into treatment today, an achievable goal. Overnight the health care and criminal justice system would be decompressed because those now in treatment would tomorrow not be seeking money for drugs.

Of course, there’s a deeper question that must be confronted: Why do so many of us turn to drugs? Perhaps our focus on material wealth, our endless distractions via media, the daily stress most people endure, hurtful behaviors spanning generations and the emphasis on the individual over community leave too many of us feeling isolated, angry and unfulfilled. As author Johann Hari observed: “The opposite of addiction isn’t just sobriety; it is connection.”
But we’ve got to start somewhere.

Dan K. Morhaim is a physician and Democrat representing Baltimore County in the Maryland House of Delegates. His email is dan.morhaim@house.state.md.us.