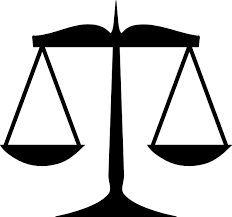 As Congress and the new administration try to figure out what to do with the Affordable Care Act (ACA), it’s important to highlight one particularly impactful provision that’s often overlooked: Medicaid expansion. Keeping kids on their parents plans until they are 26 is also terrific, but it’s insignificant in comparison.

Of the approximately 25 million individuals who gained insurance coverage due to the ACA, almost half have been through Medicaid expansion. Those are, of course, individuals in the 29 states that decided to expand – an easy choice for many states since it meant billions of dollars in federal spending with comparatively small state outlays. Although Medicaid eligibility rules remain far too complex, the ACA brought some simplicity, elegance, and I think fairness to at least part of the criteria: all individuals below the poverty line are now eligible. It has always been more politically acceptable to provide government sponsored health care to poor children and their mothers, or even fathers in low-income families, but the pre-ACA rules excluded the poor who were not eligible in some other categorical way. As a result of the ACA, many more childless adults (most of them men) are now eligible for free health care. It always struck me as unfair that they were not previously eligible, and apparently the authors of the ACA agreed.

With the future of the ACA uncertain at best, I worry most about this group of individuals who earn less than $16,390 per year losing their health care coverage. In California, that’s almost three million people that are now covered due to the ACA, double the approximately 1.4 million that gained coverage through the Covered California plans. It’s not cheap – roughly $5,000 per person or $50 billion in federal spending nationwide, but we probably should have been doing it all along, at least if we believed in subsidized health care for the poor. If we don’t have the money, let’s reduce the spending in some other way, but let’s do it in a way that more evenly impacts all low-income individuals.

Ted Calvert is the owner of Ted Calvert Consulting (TCC). Ted has more than 30 years experience in the healthcare industry, and assists clients with program management, analytics, large-scale IT system oversight and standards adoption. Learn more about TCC by visiting http://www.tcalvertconsulting.com/. Learn more about Ted by checking out his LinkedIn profile.