You must first complete Lesson 3: What clinical approaches are used to address the crisis? before viewing this Lesson

There has been a push to increase funding for treatment and education to help lessen the impact of the opioid crisis. Significant new federal dollars are being made available, and state governors are often taking the lead role in securing those dollars.

1- New funding to address the crisis

2- Key political leaders in the effort to fight the crisis

Q1: What new funding has been allocated to deal with the opioid crisis?

Increased Funding- With increased awareness of the scope of the opioid crisis, there has been an increase in program funding made available to address it.

The importance of Medicaid as a provider of opioid addiction treatment- Medicaid plays a key role in fighting the opioid crisis for several key reasons: 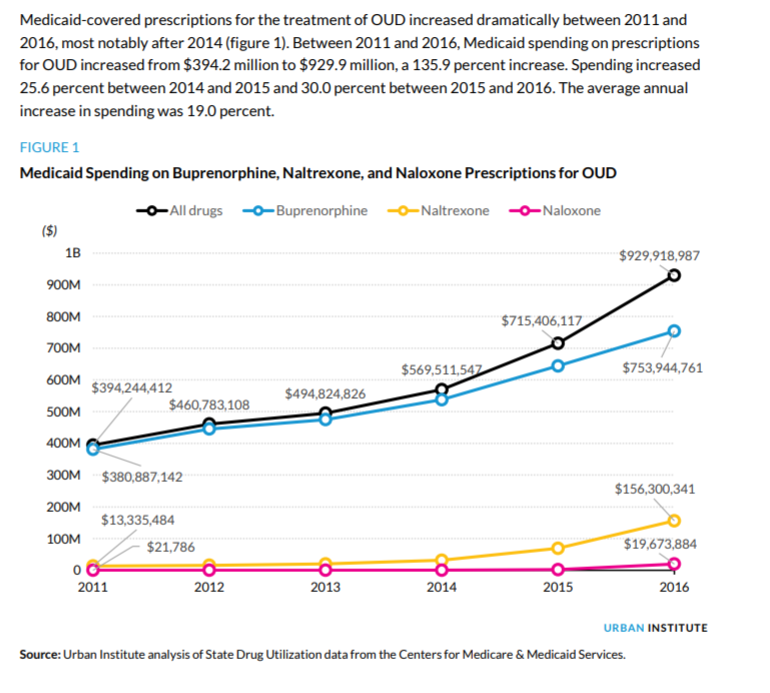 Relaxing IMD rule- One of the more critical changes in policy related to addressing the crisis is the relaxing of the long standing non-payment rule for mental institutions with larger numbers of beds for certain services (called the “IMD rule”, or “Institutions for Mental Disorders” rule). The rule was originally created in the 1970s to address another crisis – the overuse of inpatient residential facilities for patients with severe mental illness. The IMD rule prohibits Medicaid payments to residential facilities with more than 16 beds so that federal dollars are not used to further the problem of mass institutionalization of the mentally ill. Unfortunately, due the nature of detox treatment which often requires longer term stays, this rule also limits capacity for treating the opioid-addicted population.

The Medicaid Managed Care Rule (2016) and recent approval of related-waivers by the Trump administration have allowed states important exemptions to this rule to address the opioid crisis.

Q2: What role have political leaders played in dealing with the crisis?

Increased Executive Focus – President Trump and Governors have played a key role in bringing attention to the crisis in recent years. A few highlights include:

Back to: Understanding the Opioid Crisis Part 2 > Course Lessons