You must first complete Lesson 2: What is Opioid Addiction (Opioid Use Disorder)? before viewing this Lesson

For you to understand the basics about the different medications used for treating opioid use disorders, as well as the importance of including both behavioral and Medication Assisted Treatment in an overall treatment plan.

There are medications that are used to help treat opioid use disorder patients both in terms of surviving an overdose and to assist in maintaining longer-term recovery efforts.  Medications and behavioral therapy treatments are a key part of an overall treatment plan.

The information under this topic covers a high level overview of the types of drugs used to treat opioid use disorder patients.

The information under this topic introduces the concepts of using behavioral treatment and MAT together as part of a comprehensive treatment program.

Q1: What is Medication Assisted Treatment?

Studies show that treatment for opioid dependence is much more successful when it includes drugs designed to treat dependence. In one study of heroin-addicted patients, the mortality rate for heroin patients not receiving MAT was 15x that of those receiving MAT.

However, MAT is only one part of a treatment program.  MAT should not be a standalone treatment. 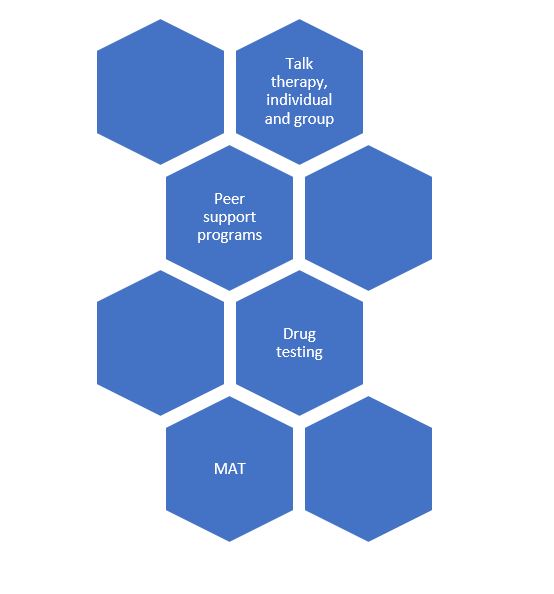 Q2: What are the different treatment drugs?

There are several drugs to help opioid addicts. Some drugs are used as rescue medications (in the event of an overdose), some are used for maintenance of addiction recovery efforts, and some can be used as either rescue or maintenance treatments. 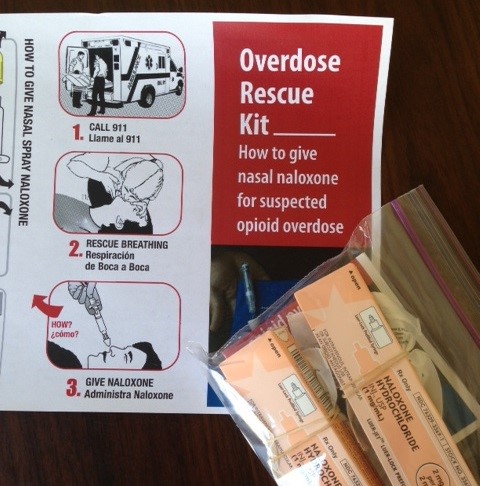 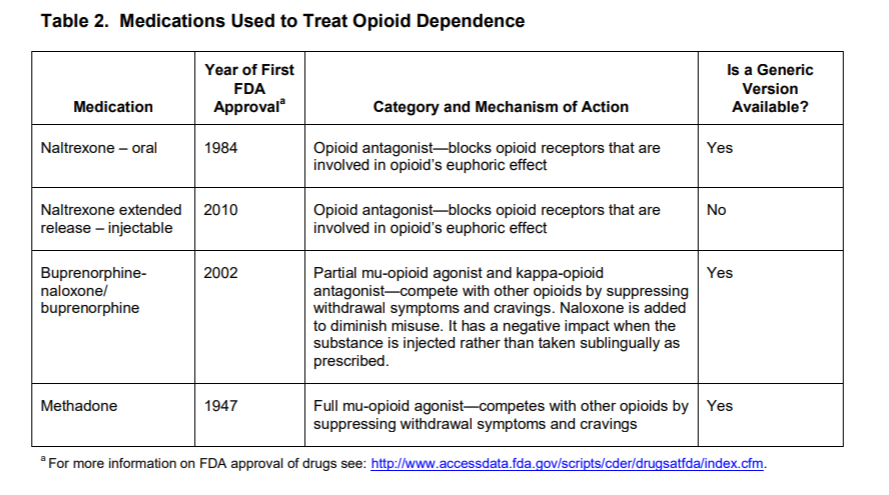 Can be injected or administered via nasal spray. Used for overdoses, but can also be used to help the patient stop using opiates. It works by binding to opioid receptors, blocking their ability to be activated by opioid drugs. Because it can bind more effectively than other similar drugs (all called opioid antagonists), it can be used in emergency situations as well as longer term treatment.

Some patients will get injections of Vivitrol, which is a long-lasting injection of naloxone. It can block opiate receptors for a month, and can be easier to comply with the treatment regimen (since the patient does not have to remember to take Narcan each day). 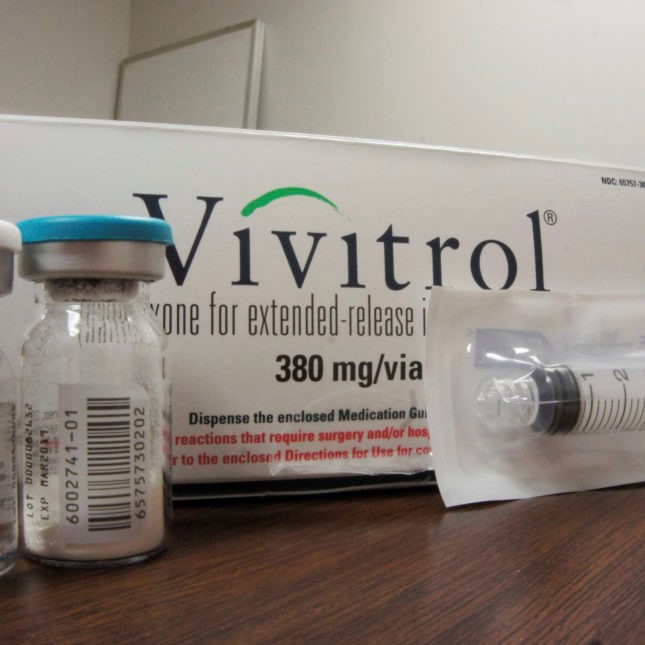 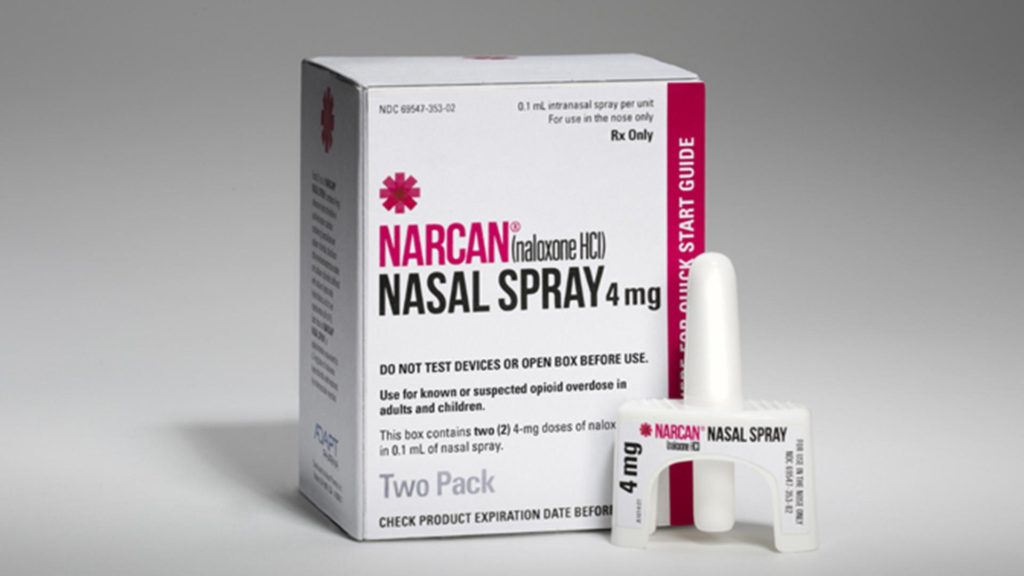 Methadone is also a long-acting opioid that can be taken once daily. Like other opioid antagonists, it binds to opioid receptors in the brain to reduce the euphoria that opioids can create. It also helps reduce withdrawal symptoms. It can cause addiction itself, and is a regulated substance. Patients must visit a methadone clinic to get their daily dose. 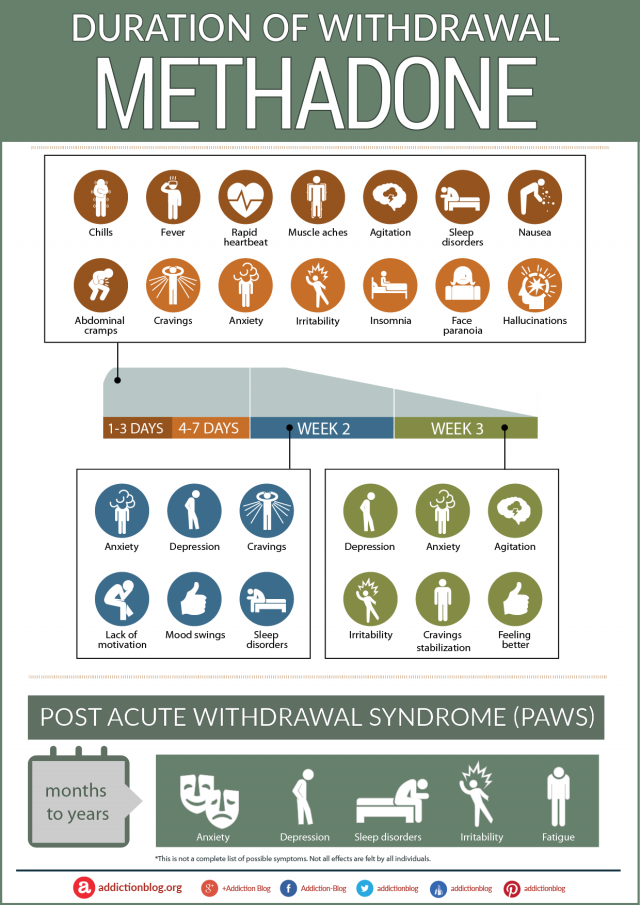 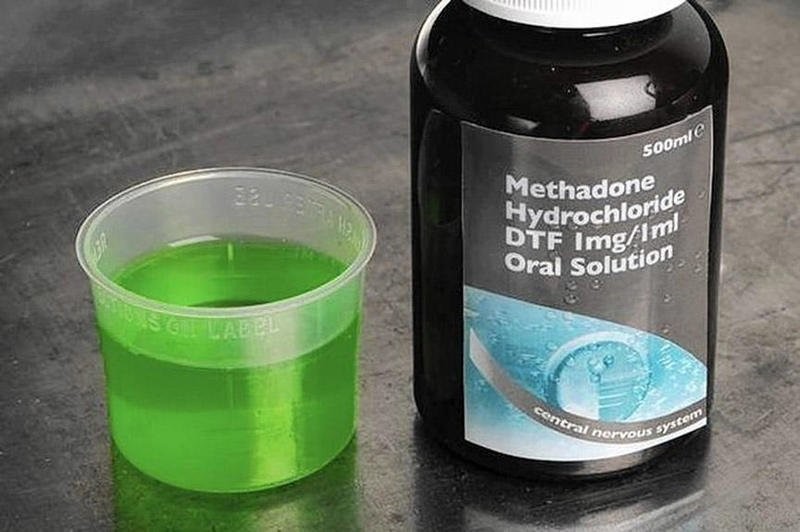 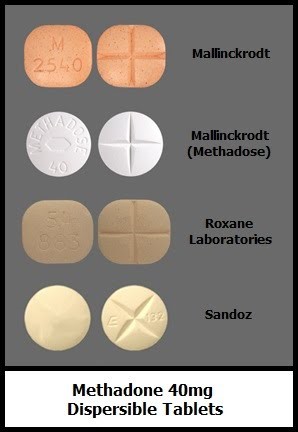 This drug is often prescribed by doctors as part of an MAT plan instead of methadone. Some physicians think it is safer, and since it is less regulated can increase treatment compliance (removing the daily need to travel to a methadone clinic). A patient can get a 30 day prescription. 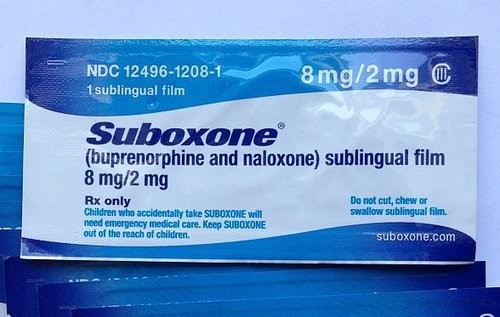 An implantable version of buprenorphine called Probuphine is also available. The implant can provide effective dosing for up to 6 months. 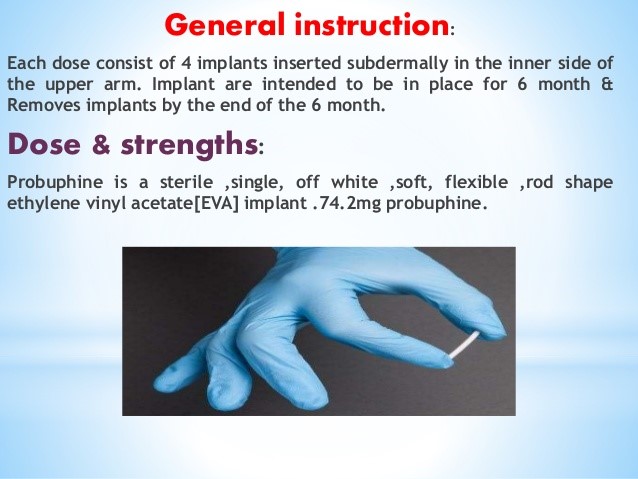 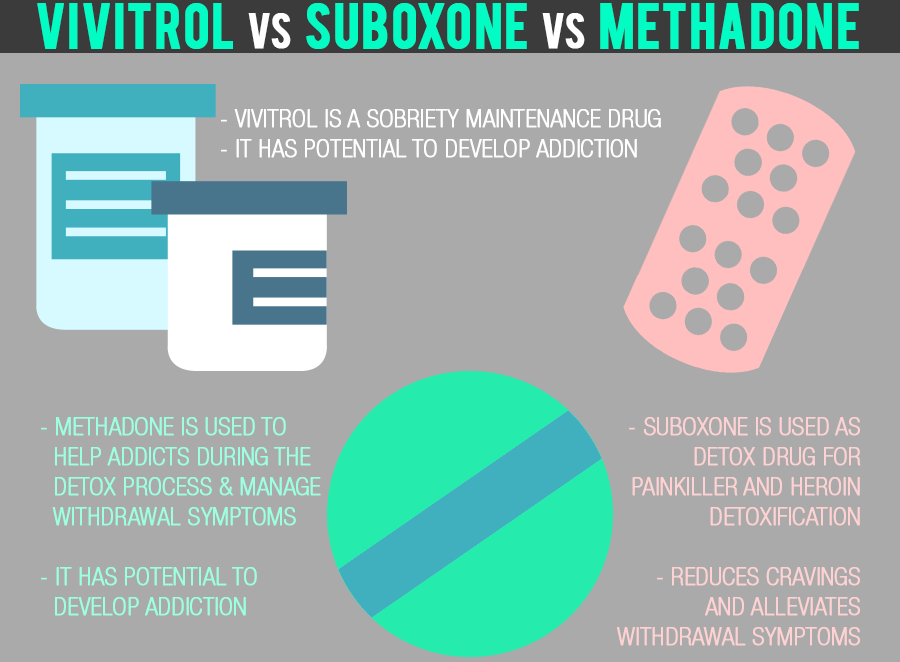 Q3: What is behavioral treatment?

While MAT is critical to treatment success (especially during initial detoxification), studies also show that the treatment plan should include behavioral components as well. These include: talk therapy (individual and group), inpatient stays and 12-step programs.