You must first complete Lesson 1: What are opioids? before viewing this Lesson

For you to understand the basics about opioid addiction, including treatment models and connections to heroin addiction.

2- Understanding the connection between the Opioid Crisis and heroin addiction

The information under this topic discusses ways the opioid crisis has also increased heroin abuse.

Q1: What is Opioid Use Disorder?

The clinical term for opioid addiction or abuse is Opioid Use Disorder. As with other addictions, opioid abusers and addicts may experience withdrawal symptoms as well as an increasing tolerance for the drug (the person needs an increasing level of the drug to experience euphoria). 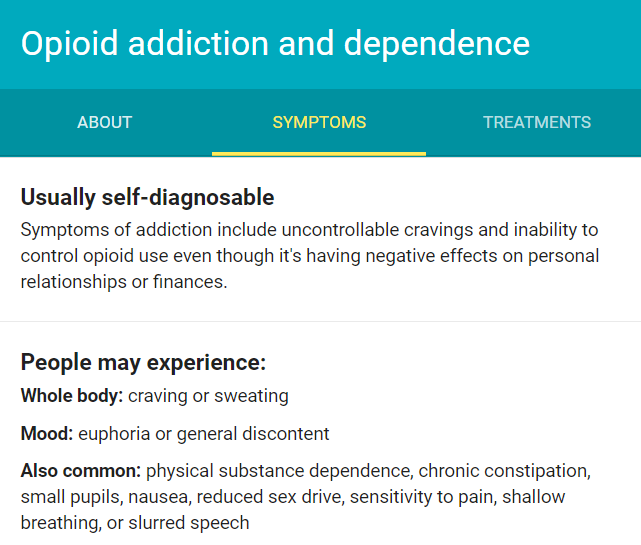 There are 3 major phases of opioid addiction- the Early Phase, The Middle Phase and the Late Phase. 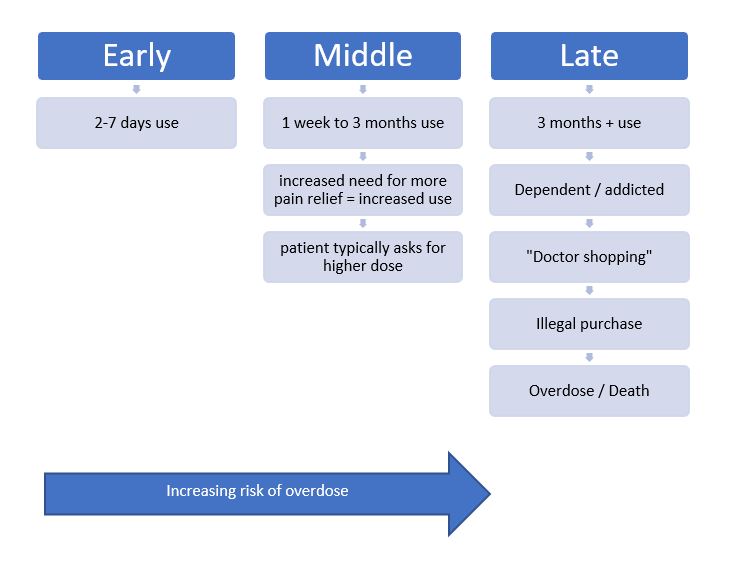 MMEs and Risk of Addiction

The risk of opioid addiction also corresponds to the number of MMEs the patient is consuming each day. It is important to note than any level of MMEs per day carries some risk of addiction. 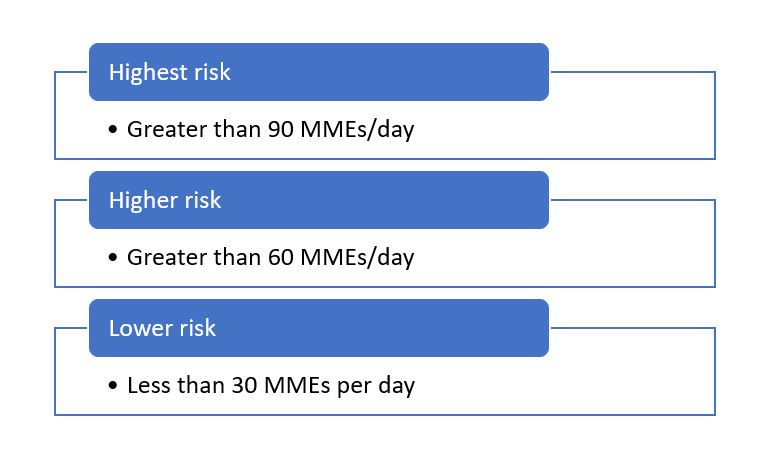 In addition to reducing pain and creating a sense of euphoria, opioids also act to sedate parts of the brain that regulate breathing. When a person takes a lethal dose of opioids, they can go into respiratory failure and die.

Neonatal Abstinence Syndrome (NAS) is a term for the group of problems a newborn baby experiences when they no longer have the opioids in their body that they received from their mother in utero. Withdrawal from some drugs can impact the newborn up to 6 months after birth.

In addition to the rise in opioid addiction for adults, there has been a corresponding rise in the number of babies born addicted to opioids. The babies become addicted in the womb due to the mother’s addiction (the opioids pass through the placenta), and when they are born they experience withdrawal and other symptoms.

Common symptoms for NAS include:

Opioids also harm the baby during gestation. Common problems include:

Babies with NAS are provided treatment drugs to help wean them from the opiate. Once the signs of withdrawal are managed, the dose is slowly decreased. 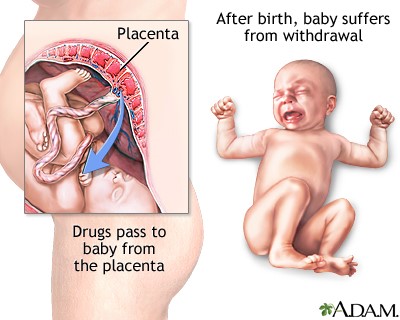 Depending on the type of opioid the baby is addicted to, withdrawal symptoms begin within 1-3 days. 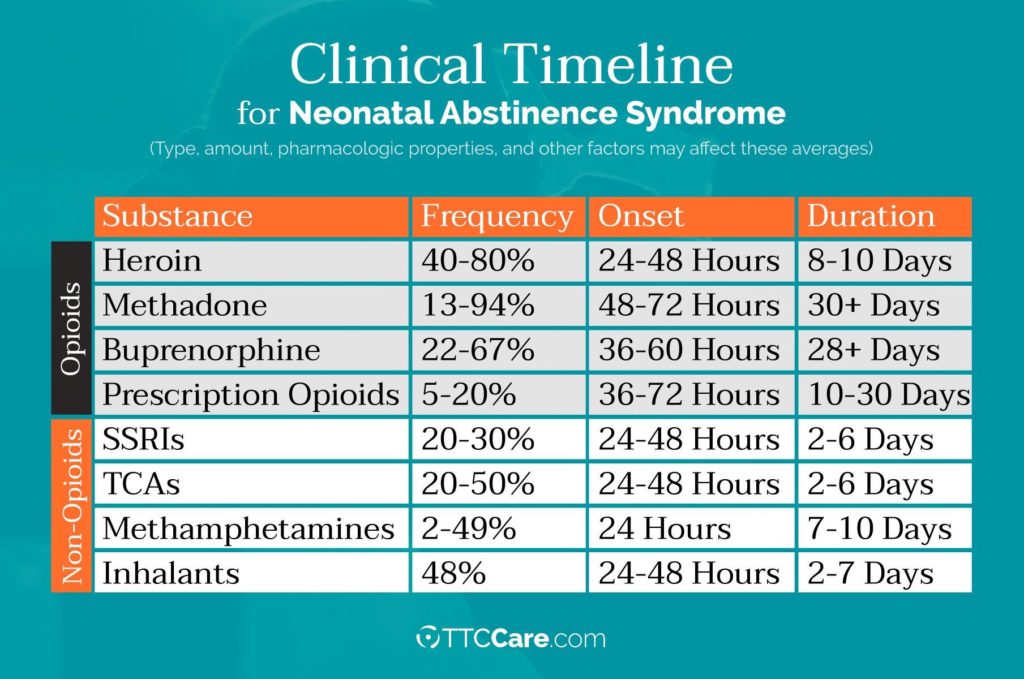 The incidence of NAS is on the rise and brings a huge human and financial cost. 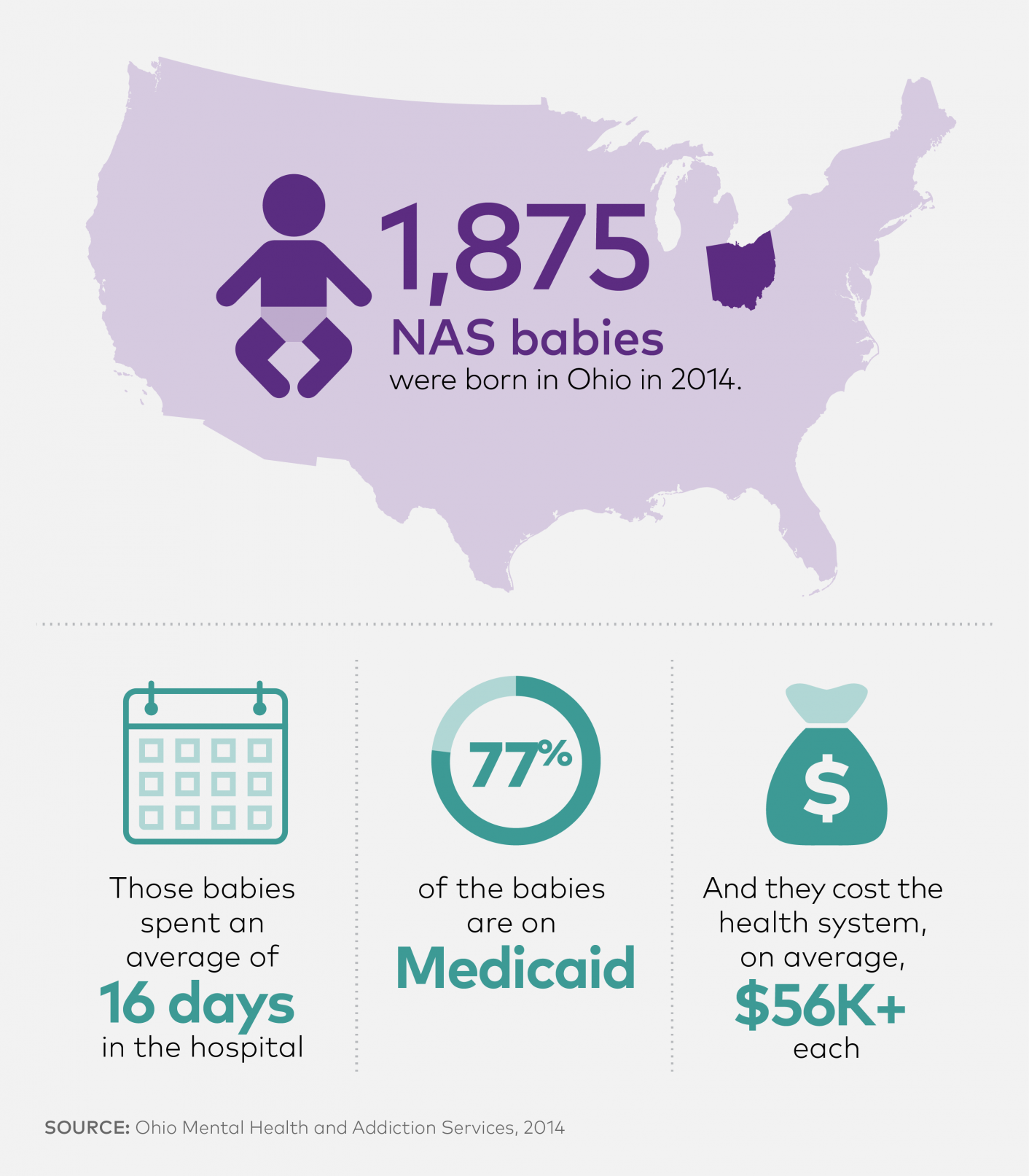 Q3: What is the connection between the opioid crisis and heroin abuse rates?

Sometimes opioid addicts will switch from prescription painkillers to heroin because heroin is cheaper.